Do you know only man called emperor in the world? To be honest, he is in japan. I am going to introduce about him. If you interested in Japanese culture,  you should check this page. I am sure this blog won’t make you disappointed.

3 Some events related to Tennou

5Compare to other royal family

First of all, Tennou means emperor in English. They are symbol of Japanese. Although their status is high, they don’t have any power. some of their job are appointing prime minister, convening the parliament, performing a ritual, and delegating state affairs. As I mentioned Tennou means emperor in English ,but there is a little bit difference between  emperor  and other royal. Tennou is only presence called emperor Today. Furthermore, japan is the only single dynasty nation, so in japan, no other dynasty has never existed. This is why they are called symbol of japan.

According to Nihon Shoki which is the oldest history book in japan, the first of emperor is shinbu. The theory that  Tenmu was the first emperor to call himself “Emperor” is influential. Basically, emperor has been ruled japan since shibu, however ,from 1185 to 1867, the samurai ruled japan. Current emperor is Naruhito whose father , Akihito ,is the first emperor to abdicate in 202 years. So far, most of the 126 emperors have been male, but there had also been eight female emperors. By the way, Japanese imperial family is the longest royal family in the world, and second place, Sweden ,is the longest royal family in the Europe. 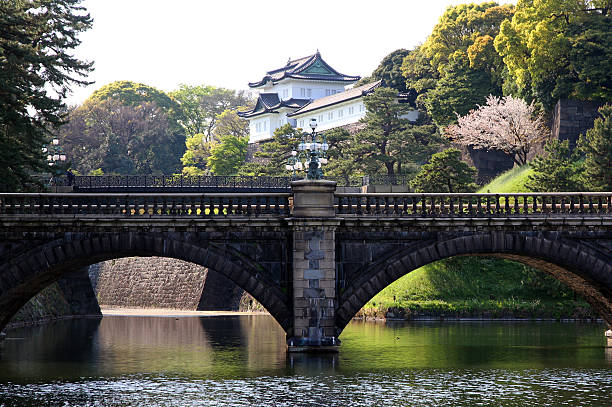 To begin with, there are 18 events even  major ones, which five of them are in January. The first event starts on January 1st, and final event starts on December 1st. One of the most famous events is Niname festival. It held every year on November 23 in Kyutyuu Sanden to express gratitude toward gods with the year’s harvested crops sacrificing. In particular, the first one held after emperor’s coronation is called Daijo festival. Moreover, that day is also set as a national holiday as Labor thanksgiving Day in Japan.

First of all, imperial family live in Edo castle which is located in Tokyo. Strangely, they don’t have family register, passport and even last name. As for the diet, they have their own farm and get their foods from there, so foods they usually eat are very safe. Incidentally, current emperor and his father love playing sports. Former emperor sometimes goes to tennis court to play by car, and this moment is his only opportunity to drive by himself. Essentially, they don’t have enough time to buy what they want. Therefore, they ask helpers to buy something like clothes.

5 Compare to other royal

The most different thing compared to foreign royal family is that Tennnou is called “Emperor”. In the world of diplomacy, the emperor is considered to be the most “Prestigious” person in the world, rather than the prime minister, president, or king. Though  they have the longest history in the world, they have little property. Of course, other royal family have tremendous belongings. So why emperor don’t? It’s because most of their property belongs to nation. The below was taken at a dinner party held to cerebrate the 60th anniversary of Queen Elizabeth’s accession to the throne.